Sure many know if this but thought I’d post it up, be a good sticker thread. I can’t download it so you’ll need to join the Alpine forum to see it and download. This is the mod I’m doing this Winter in a spare head I’m waiting on arriving. It’s a very well know change and well thought of in the industry. Up to 15hp on the 1725cc alloy head though I’d be surprised at that much...

Found a better link to direct download and other stuff

Nice set of resources there, thanks Jim
K

Downloaded these from the internet a while back.

Good clear pics thanks. Not started mine yet hopefully winter

Staff member
Harvey may have a little bit of a head gasket problem
But that means I can 'Vizard' the head when it comes off
With that in mind I decided to have a test run on a spare head, unfortunately this one had been repaired with epoxy putty so I won't be doing a straight swap but still a good candidate for some practice.

Fist I made a template from an old mixing pallet 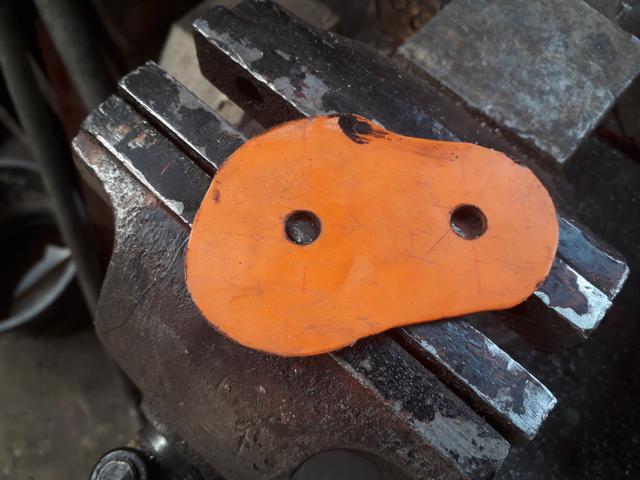 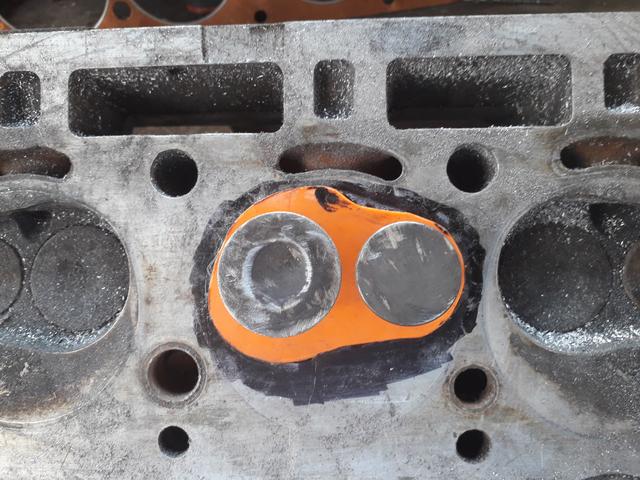 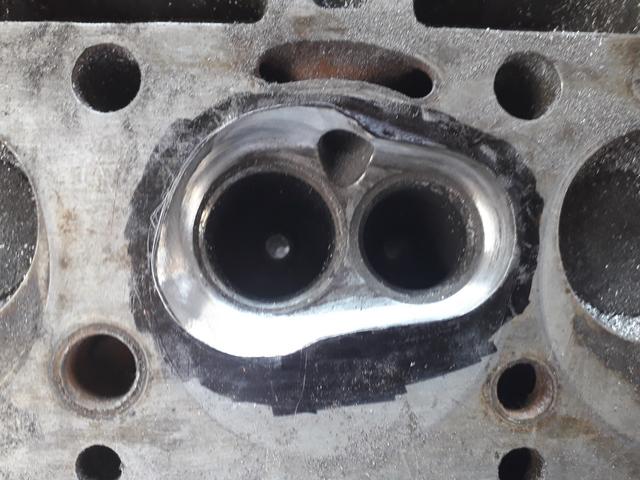 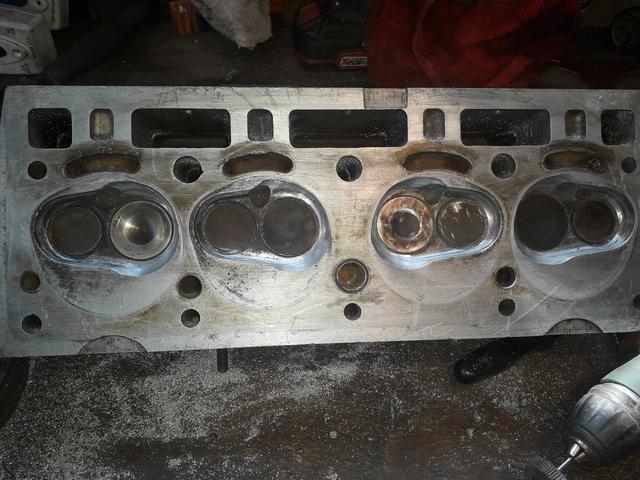 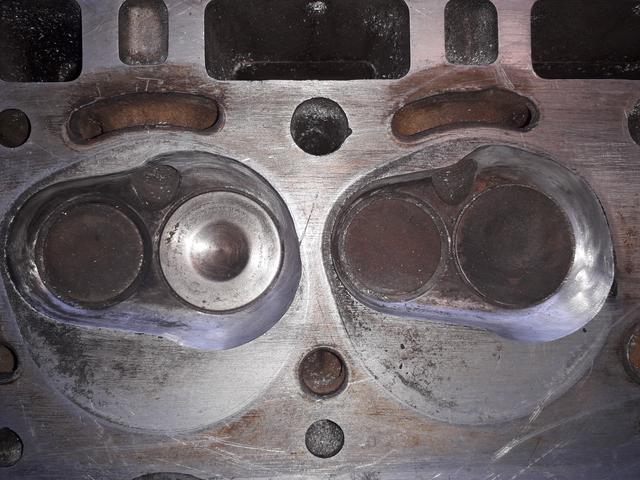 I finished the chambers off with a small flapper disc out of a Dremmel set. Still needs some work but each chamber only took about 20 minutes to do - I'll take a bit more time over it when I do it again.

Great work looks a mint job - intrigued to see the difference it makes. 20 mins seems more reasonable as seen some saying 20 hours work which put me off a bit.

Staff member
The alloy is very easily worked. I made the template and worked the head in an afternoon but it really needs a couple more hours careful work to get the shape spot on. The burr I have isn't long enough to do the porting work but there's minimal metal to remove so wouldn't take long with the right tool. I suspect it would take longer on an iron head though.
It will need a skim to bring the CR back up but I'll need to do that anyway with the head gasket leaking.

Good point reg alloy head. I have a dremel with a flexible extension which should sort mine out hopefully and have a test head if easy enough I’ll probably do the full one on my proper head as that’s been skimmed as much as it can be and sorted recently with valves and guides with a CR 190 so the work should bring it down to a more reasonable rate. Couldn’t work out what you do with the guides from the info, do you grind those down too?

Staff member
It would be hard work to do everything with a Dremmel, you really need a proper 6mm shank burr in a drill (not a stone it will just clog up with ally) or die grinder to rough it out then polish with the Dremel. The extension could work with cleaning out the ports though - hmmm, I've got one of those.

I've sent for some of these to try 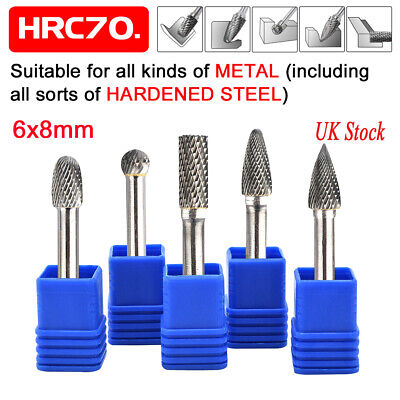 jimberlake said:
Good point reg alloy head. I have a dremel with a flexible extension which should sort mine out hopefully and have a test head if easy enough I’ll probably do the full one on my proper head as that’s been skimmed as much as it can be and sorted recently with valves and guides with a CR 190 so the work should bring it down to a more reasonable rate. Couldn’t work out what you do with the guides from the info, do you grind those down too?
Click to expand...

There is a ridge in the casting at the base of the guide, this should be smoothed out and flowing the guides themselves won't hurt. Also the throat where it curves up to the valve has a bit of a sharp corner, I'll be smoothing that off too. Basically any twist and turns should be as smooth as possible, but as it says in the guide the finish doesn't need to be super smooth in fact it's a bad thing on the inlet as you could get fuel condensing out.

Nice job. I have recently started to use my die grinder and some burns, works really well

Got some burrs which go through steel pretty well using the dremmel so will give it a go more worried the speed you need might overheat and melt the alloy, we’ll see. Quite excited to get started now once done the other 10 jobs (as always)

Staff member
All done, link to what I did

A lot of my noise seems to now be from the floor, have 10mm foam covering as a carpet already so assuming panel drumming is the remaining noise, the engine is fairly quiet as have the ‘hi line’ engine cover and have thick matting inside of it and on the engine front panel also. I’m being quiet...
forum.commervanfan.co.uk 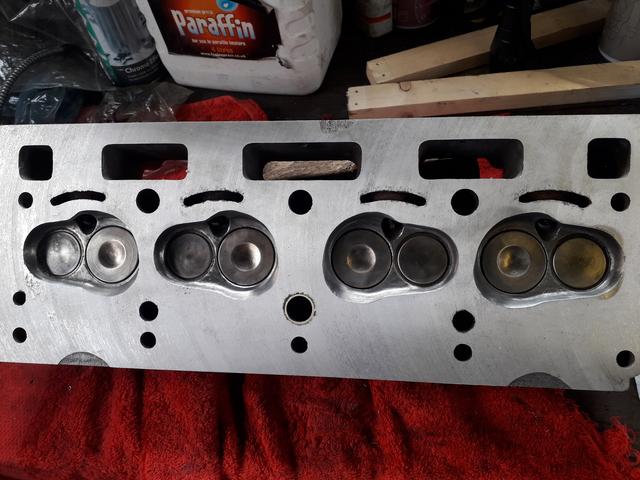