CLR Is it Safe to use as an engine flush?

Staff member
The cooling system on one Bonnies engine has always been a bit murky with rusty looking coolant so I did an experiment. The Mini guys use CLR (Calcium, Lime scale and Rust remover) a lot with excellent results but there's been a little question mark over how it affects other metals in the system such as copper, brass and aluminium. I bought a litre of CLR from Screwfix and placed a selection of components and metals that you would expect to find in an engine in a stainless steel bowl and added a 50/50 mix of CLR and water. Every day for a week the solution was heated on a camping stove to simulate the engine running to see what happened.

Some rusty bolts, a temperature sender and a Mini thermostat housing went into the warm mix 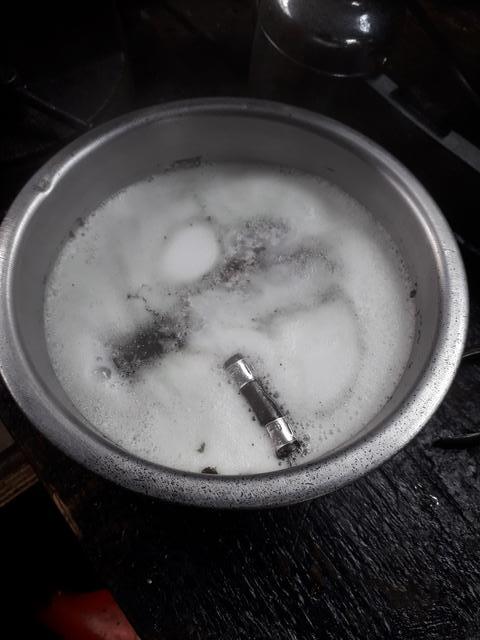 I also added a piece of copper pipe, a piece of solder and the cast rear hinge off Ted the traveller 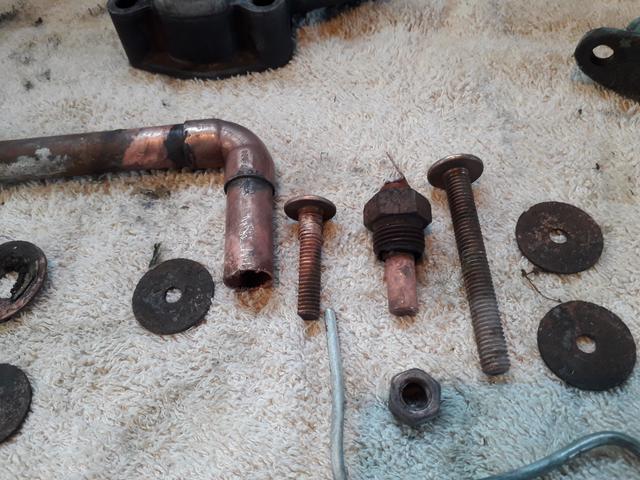 Very obvious on the bowl 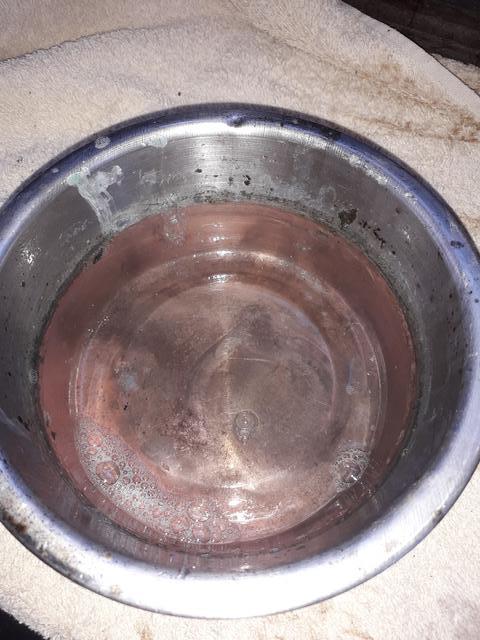 The stat housing didn't seem to have suffered 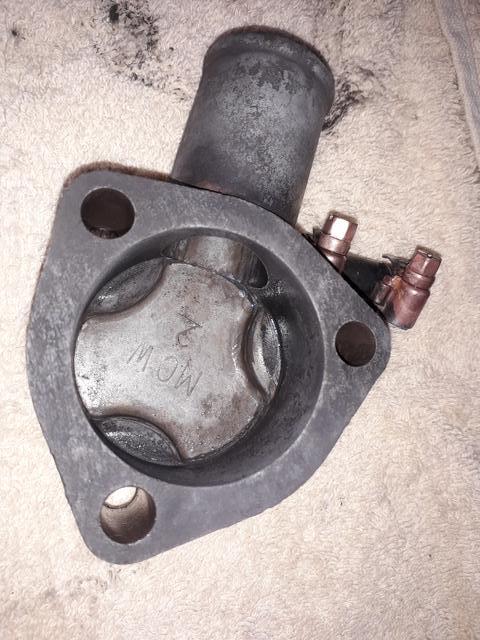 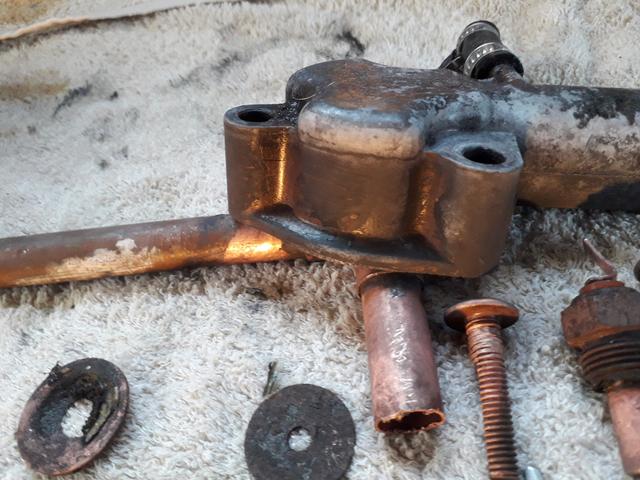 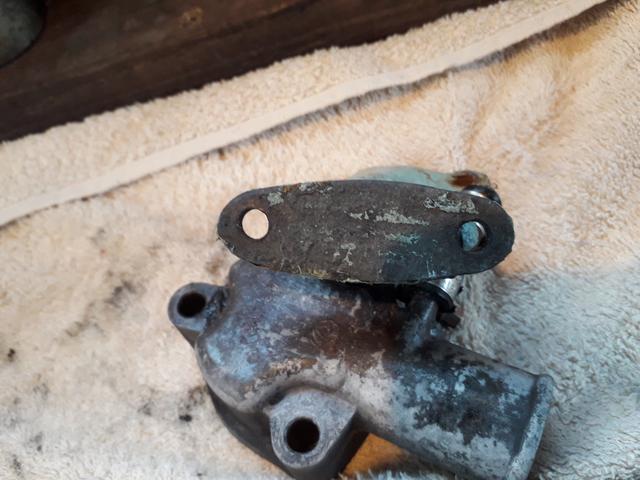 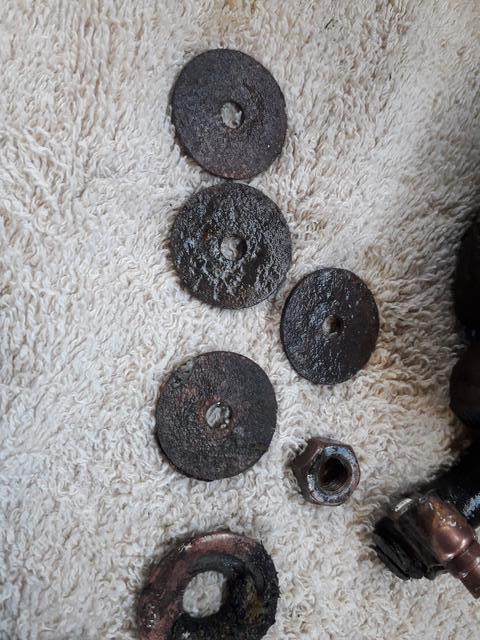 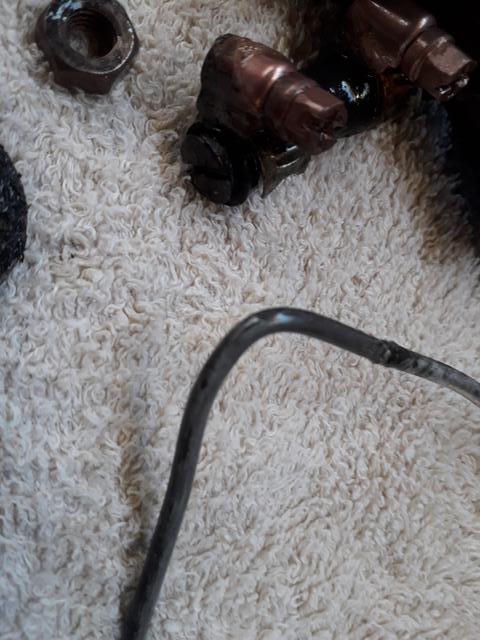 The copper didn't seem to transfer onto the cast steel surface of the hinge so I would assume this wouldn't happen inside a block - but would it do any harm if it did? I wouldn't think so. And going on the condition of the copper and alloy components does this show that it is safe enough to use without having to remove the rad and stat housing?

Personally I would and probably will soon on Bonnies engine if the Radflush I've just used hasn't been good enough.

Very Interesting that Panky, great bit of chemistry there, looks safe as houses . Are some rads made of brass or have I totally made that up...sure I rubbed the top off mine down and was more yellow than copper.

Staff member
Standard Commer one is brass header tank with copper tubes and fins. The brass temperature sender that was in the solution was fine, cleaned up nicely
Like I said the Mini boys have been using it for years with no ill effects, I just wanted to see the reaction in real time. Another thing used regularly is Calgon dish washer tabs - they seem to do a decent job too.

Seems to work a treat. So do you run it a week or so and then flush it all out?

Staff member
One of the very knowledgeable Mini guys said leave it in for a month but I'd try it for a week and see how it goes. Not sure about using it on an ally head engine but I think I'd have a go if the cooling system was really bad - maybe the Calgon method would be better for that.
The amount of crud I got out of Bonnies engine just by filling with water and dropping it again a dozen times then flushing with a hose had to be seen to be believed, I had a nice river of brown sludge running down the drive I've got a spare block that I'm going to recon as a spare and that will be pickling in CLR for as long as it takes.

I’m fortunate mine was sorted on the rebuild, was up to the core plugs with sludge and sand apparently!

Staff member
That's what I found when I popped the core plugs on the spare block. Managed to shift most of it with the pressure washer but a good pickling will do it good

Hi Panky. I hope all is well with you. I would be interested in possibly trying the Calgon method you mentioned as I was going to drop and flush my coolant this spring. Would you just drop one tablet in and then run the engine up to temp a few times over a week and then drop and flush multiple times? Do you feel the Calgon would be a safe thing to use?

Staff member
I've not used Calgon myself only heard about it being used third hand so can't really advise. If it's just a routine coolant change, and not for overheating problems, I would be cautious and just use a regular flushing agent like Radflush. But if you do want to try the Calgon I would not leave it in for too long, maybe for a couple of hours and see how it performs before flushing with clean water.
I would also do an experiment and see the reaction the Calgon has when placed in hot water, you don't want it foaming up all over the engine bay.

Thanks very much Panky. Sounds like sensible advice.
T

I've never heard of Calgon been used as a engine flush but I'm sure it wouldn't harm it. At the truck dealership where I work we often use washing powder to flush oil out of the cooling system out after oil cooler failures as its excellent at breaking down the oil. After a couple of they are as good as new and even smell nice..!
You must log in or register to reply here.
Share:
Facebook Twitter Reddit Pinterest Tumblr WhatsApp Email Share Link
Top